Most of the day was spent in a familiar rut of being lost. I find myself two or ususally only one suburb over, and to an extent recognise where I am. I know which general direction I need to walk in to get home and sometimes can even visualise the streets, but a half-hour later I realise I’ve drifted off one way or the other. Sometimes I’m drawn to random landmarks that can be seen above the rooftops; a big old norfolk pine, a steeple, the abandoned cement works.

It’s worse when this happens at night. I’ve seen some horrifying things lurking in the front gardens of seemingly otherwise innocent suburban houses. Creatures… skulls, stone frogs — I don’t want to think about it.

Sometime just after I’ve past the point of complete surrender and resigned myself to the reality that I’ll never make it home ever again, doomed to crouch along the front borders of frontyards, scared of being seen by the house’s occupants, even more scared of the leprichauns, gnomes and trolls — I wind up on my front doorstep.

Mostly I have no memory of how I get home. I’ll wake up in the heat of the midmorning, face down and spread-eagled, one arm bent, the other straight, one leg bent – the other straight. Having dribbled saliva onto the coarse, close-piled carpet. The carpet leaves a patten on my face for hours after. There’s dirt and paint under my fingernails and sometimes small cuts on my legs.

I got home at 6pm with a bag of 6 hot-cross buns in my hand. I so desperately want to be like the normal people. The days now are still mild but the evenings cool rapidly. I stood alone in the near-darkness by the kitchen bench of the bungalow. I scarfed two buns down out of hunger then realised that I should’ve heated them up, and cursed myself in strained tones. I can’t do anything right.

Waiting for the other four to warm up I wondered if it was normal to have peanut-butter or jam or honey in them. I’d seen other people put butter in them, maybe other things were being extravagant. If not, then which was the most pious? Honey – because bees make it, or peanut-butter because it’s not exactly sweet? The civilised thing to do would be to have something to drink with them, but a cup of black tea doesn’t seem to suit. Would milk with cocoa in be okay or, again, is this a dead giveaway that I’m losing touch with reality? 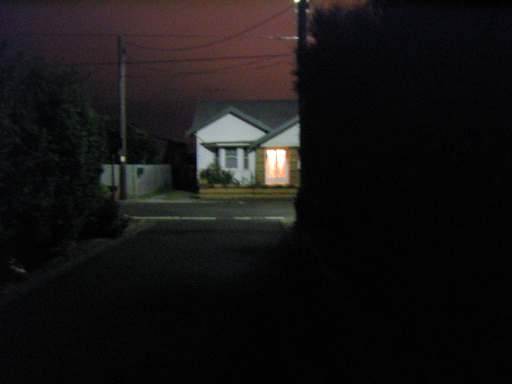